The 90th annual Academy Awards are fast approaching, and players are taking bets on who will come out as winners and take home Oscar gold. Sports betting isn’t the only market that’s open for business, the Oscars pack the same potent betting punch that any sports league does. Last year’s Academy Awards saw some 33 million viewers tune in to watch the event in the U.S. alone! So it should come as no surprise that on a night as big as the Oscars, players and gamblers will be placing their wagers on who they think will take home the top prizes.

Perhaps you’re looking for some Oscar betting tips or are curious to know about Oscar betting odds? What are some profitable betting strategies? In sports betting, bettors are used to trusted formulas. The outcomes of games or matches are predetermined based on a team’s or individual athletes’ performance throughout the season. Bettors can follow a team’s momentum, injury status, and other relevant factors that will influence the betting odds come game day. So how does one apply the appropriate betting strategy to the Academy awards? Let’s find out! 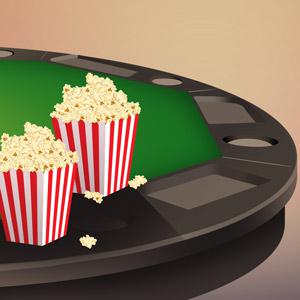 The results of the Academy Awards are determined based on votes by members of the Academy, which are known long before the awards are presented on television. Nominees are announced an entire month before the Oscars air, and final votes are tallied even up until the final week of presentation day. Imagine going to a sporting event where the outcome of the game was known in advance!

Rest assured that knowledge of the winners is a closely guarded secret, however things don’t always go as planned. Last year’s highlighted “Best Picture” was awarded to the wrong film. The film “La La Land” was announced as winner when in fact the film “Moonlight” was the true winner. Moments later, the embarrassing blunder was corrected, but we’re sure that viewers and bettors worldwide were either thrilled or enraged. These kinds of moments are what make the Oscars so much fun to watch. Much like in sports, the Oscars’ can be unpredictable, which is what makes it so exciting!

Despite the relative uncertainties, bettors can still make fair predictions according to the strengths and merits of a nominated film or actor’s performance. Prior nominations, the number of nominations and critics’ favorites are all factors that will influence the Oscar betting odds. Although these factors are not a guarantee of a winner, they absolutely help in making solid predictions. What are some other factors for Oscar betting odds?

Other awards and organizations

Despite the month lead-up to the Academy Award main event, debates will go on among bettors for who the eventual winner will be. Predicting and creating Oscar betting odds is not an exact science after all, but another contributing factor for determining the odds for Oscar betting are previous awards from other notable organizations. The following three pack the most power on the road to Oscar success: the Golden Globes, Critics’ Choice and Screen Actors Guild or SAG awards. These three organizations have historically proven to be useful in making accurate Oscar predictions because their respective memberships often overlap with the Academy.

If you are going to be betting on Sunday, we recommend going with the Critics’ Choice. For example, they have managed to pick 17 of the last 23 “Best Director” Oscar winners correctly. This should strongly influence any bettor’s Oscar betting strategy. In addition, these three organizations combined have predicted the true winners for all acting categories three-quarters of the time. Globes and Critics winners have combined to predict the “Best Picture Award” correctly more than 60% of the time. Statistically, the SAG awards have been the least accurate in reference to predicting Oscar winners. This year, the Critics’ Choice announced back in January that “The Shape of Water” would take Best Picture, Gary Oldman would win Best Actor and Frances McDormand would take Best Actress. The three rank consistently as the current favorites to win the year’s top awards. 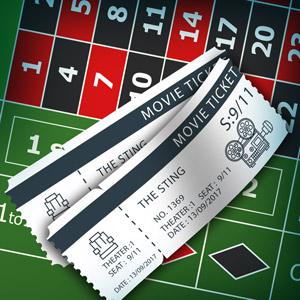 The final piece of the puzzle for getting those Oscar betting odds right is to follow the talking heads. Word of mouth spreads and opinions will be voiced. Industry experts do their best to get their predictions right, and because Hollywood is such a tight-knit community, the figureheads often know what they are talking about. Insiders are always looking to get the scoop on information that will prove useful, so keep your eyes and ears open.

One classic example comes from the 2015 Oscars; director Alejandro Gonzalez Inarritu’s smash hit “Birdman” was the overwhelming favorite to win “Best Picture”. The film’s infamous long shots was unanimously on the lips of critics and notable film figures throughout Hollywood, yet the film failed to win the big award at the Golden Globes and even the Critics’ Choice Awards. Despite this fact, “Birdman” took top spot at the Oscars over the other favorite “Boyhood”, and shockingly won “Best Picture” at the end of the night. Simply put, the critics knew what they were talking about. The Oscar betting public that was fast enough to react to the winds of change managed to capitalize big on their bets.

Here are our Oscar picks to win

Let’s take a look at the smart bets to make based on the data. Here are our odds for the heavy favorites to win this year’s three biggest awards: “Best Picture”, “Best Actor” and “Best Actress” (NOTE: not all of the nominees are listed).

Whomever you decide to bet on, the bottom line is that there is no foolproof strategy for Oscar betting to determine the true winner. However, if you pay attention to our listed points, you might be seeing some gold of your own. See you at the show!