The casino industry is gaining yet another live casino in Hong Kong. The Saipan Casino is now fully operational. This comes after a soft launch in March that saw part of it in use. The facility will be offering a gaming platform and full hotel facilities. This marks their expansion from their small establishment in the Saipan shopping mall to the now grand residence. Saipan Casino is a place to watch, if not for the fraud accusations that have continued to follow it, then for the profit margins it’s recorded. Owned by Hong Kong Imperial Pacific International, or IPI, the casino with only 16 VIP tables made $32 billion in betting volumes. This is in comparison to Venetian Macau’s annual gross betting from VIP volumes of $29 billion. It is important to note that Venetian Macao is one of the biggest casinos in the world. 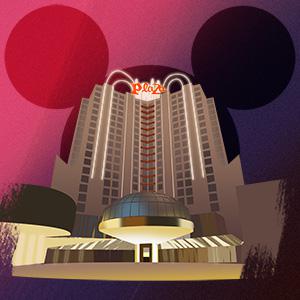 However, the Saipan Casino is also faced with several complains from contract workers who have camped in Saipan and refuse to move. A worker who asked to remain anonymous said, ‘’In addition to not paying us for months, the hourly wages we did receive were well below what we were promised. We are all very desperate because we all paid money from our own pockets to the brokers who brought us here.” The construction workers are demanding $6000 each for work done a week to the grand opening. The three contractors were not available for questioning. The group is in court with two other lawsuits concerning unpaid contractor fees and violation of anti-money laundering protocols. In addition to these lawsuits, the group is in a joint venture with the Hanergy Thin Films, a company which is under investigation in Hong Kong securities and futures.

Such claims hanging around this casino, it is interesting to watch what will be coming in the future.

In New Jersey it seems that the lawyers are making hay while the sun shines. A bill introduced by Senator Jim Whelan, Senator Jeff Van Drew, and Senate president Steve Sweeney is looking to stop the twelve casinos in Atlantic City from closing their doors to players due to a state shutdown.

Atlantic City Governor Chris Christie ordered to close nonessential parts of the government, like motor vehicle commissions, beaches, historical sites, and state parks. This came about amid the disagreement of lawmakers to fail to pass a budget by July 1, 2017.

However, a clause in the laws only allows for the casinos to be operational for the first seven days of a state shutdown in the event another one was declared. This was signed by Governor Jon Corzine in 2008. It is this clause that the lawmakers are seeking to have removed.

The bill to see casino regulators as an essential part of the government will have to be passed and signed by Governor Christie for it to be effective. Another shutdown will cost the city dearly in terms of revenue. “The casinos continue to be the driving force for the economy in the city and the entire region,” said Senator Whelan. Casinos are currently employing over 50,000 people and another shutdown would be destructive to the families that depend on these facilities to remain running. The negative consequences will also be felt in the economy of the city.

In an attempt to raise the level of security, bureaucrats and politicians in Japan will be in a face off to pass a bill on whether players should present their identification in order to gain entry into casinos. This bill, titled the Integrated Resorts Implementation Bill, will help regulate the casino industry.

Gambling was legalized last December, though a majority of Japan’s citizens were not fond of the idea. This is because of the fear of the related problems that gambling may introduce into society. In order to curb this threat, legislators seek to draft legislations that may restrict abuse of the establishments and cause any serious problems.

Any player will have to present the My Number ID Card, which provides a 12-digit number that can be used for tax and social security in order to gain entry into the casino. Foreigners can use their passport or any other legal identifying document to gain access as well.

Additional restrictions that the bill will enforce are:

Lawmaker Takeshi Iwaya said, ‘’This will be a leisure and entertainment facilities, so we must be friendly with customers and we mustn’t go too far.”

The investors in the gaming industry worry that the My ID might be less attractive to the local population to whom they hope will be the pillar for their revenue.

Poor reception in the public has been observed. Up until May, 2017, only 10 percent of the population is recorded to have taken the identification. The bill, however, does not seem as if it will be debated any time soon. Speculation is that it may go as far as August 2018.

The delay begs the question why?

Japan being the second largest developed economy in the world, with the third largest by GDP and fourth largest on the basis of purchasing power parity, any rash legislation could affect the growth that the country is experiencing. After careful drafting of the laws, the Integrated Resorts Implementation Bill will be made public to give the public a chance to have their say on the laid out laws. The public opinion will then be taken and worked upon.

Once the bill is approved, it is purported that it will borrow the working systems of the Nevada and Las Vegas methods. A Special Forces group is dealing with the promotion of countermeasures on gambling addictions. Finally, the National Police Agency together with the Casino Management Committee will screen the applicants for licenses. This exercise is directed to identify those with Yakuza Links or antisocial groups.

The rest of the world can otherwise sit and wait for when the Japanese people open their casino doors.