Blackjack: it’s probably the most famous and widely played casino game on offer. While it seems that others have crept in on its popularity – poker and slots machines, namely – there’s no sign that this game is slowing down anytime soon.

Even as card counting has certainly bolstered the game’s popularity and its image as beatable and lucrative, Blackjack pulls in the majority of its players simply because it’s fun. With a little basic strategy, Blackjack players can walk away with their bankrolls in the black, but you don’t need to read a how-to book before sitting down at the table to have a good time.

However, there are a few things that players should know before hitting the tables that don’t involve memorizing a chart of moves. For example, for every 100 hands dealt, the dealer is expected to win 49 while the player is anticipated to win 42 (the other hands are ties). This is only one interesting aspect of Blackjack you might want to know before you think about getting serious. If you don’t want to crack open a volume on card counting, no worries. Just hear us out and it could help you and your stack of chips in the long run. 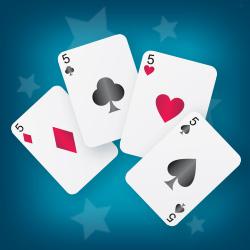 When it comes to the cards in Blackjack, each one has a numerical value that affects each hand dealt, but they also affect the entire game. Card counters look for decks loaded with high cards, which benefit the gambler’s chances of seeing winning hands. Obviously, if high cards benefit the player, then low cards benefit the dealer. The smallest card with the biggest disadvantage for you is the 5 – for every 5 that is removed from the deck, there is an added 0.67% to the player’s expected return. Multiply that by the number of 5’s in a 6-deck shoe and you’re looking at a significant advantage. So watch those fives – the fewer left in the shoe, the better.

The best possible hand in Blackjack is, obviously, a perfect 21, and the second best is unsurprisingly 20. So the third best has to be 19, right? Statistically, wrong. It might shock new players to know that the third best hand is 11. Why? Because when you’re dealt an 11, you just need a ten to complete your win, making this hand extremely favorable. Since the jacks, queens, and kings all have a value of 10, there are four times as many 10’s in a Blackjack deck as any other card, giving your 11 hand a high chance of getting to 21. In fact, as long as the dealer doesn’t have an ace facing up, you should always double down on 11.

Before Blackjack became the worldwide phenomenon it is today, its ancestor “twenty-one” existed. The very first written reference of the game was included in Novelas Ejemplares, a series of twelve novellas by Spanish author Miguel de Cervantes, better known for his novel Don Quixote. In the tale “Rinconete y Cortadillo”, the main characters live in Seville and are proficient in cheating at a game known as “ventiuna”, which is Spanish for twenty-one. In the story, they state that the object of the game is to get to 21 points without going over, and the ace has a value of either 1 or 11.

The story was written around 1601, meaning that the game was most likely around the medieval Iberian Peninsula since the beginning of the 1600’s or earlier. Later, the game was referred to in France and Spain, but the origins of this game are still murky. 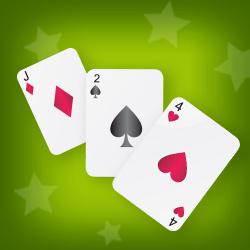 The 16 is the hand that all blackjack players loathe because it brings the most indecision and uncertainty. Should I hit and risk busting? Should I stand and lose to the dealer’s higher hand? The truth is, there are a number of options depending on what the dealer’s up card shows, whether you have a hard or a soft 16, and if the casino offers the surrender option. If you’re serious about your Blackjack gameplay, you should definitely look into this and keep it in mind when you sit down at the tables.

However, the odds against the dealer having a blackjack are 9:4. Meaning out of 130 hands, you’d win your insurance bet 40 times and lose it 90 times. The statistics speak louder than the dealer – don’t go for the insurance bet and you’ll save money in the long run.

So, you’ve learned some interesting facts and tips on Blackjack, the world’s favorite casino game. Ready to learn more? Try out your new knowledge at Planet 7’s casino online – you can even play blackjack online for free before you try for real money.