Sign Up Instant Play
Planet 7Blog Fun Time Entertainment It’s not all about winning – why gamblers get a rush even...

It’s a common public perception that people gamble to win. Why else would one go to such lengths and take such risks were there not significant rewards involved? While it’s true that this may be the overall motivation for most gamblers, the facts remain the odds are still for the house and spectacular wins are few and far between. So what keeps players coming back time and time again to try their luck at their favourite casino games?

A new set of studies has shed some light on why gamblers who lose keep coming back for more. In a nut shell, even losers get a buzz.

A series of studies have been published over the last few years looking at both gambling addicts and how average people respond to gambling losses that all seem to point to one thing, the act of betting itself, whether you lose or win, it’s its own special form of high.

Speaking to Scientific American for an article titled “How the brain gets addicted to gambling” a number of gambling addicts explain that despite debilitating mounting losses they kept going back for more simply because they “loved the high” they got just from the act of placing bets.

A psychologist at Nottingham Trent University who focuses on behavioural addictions, Mark Griffiths, points out that the range of motivations for people who gamble compulsively is fairly broad.

Griffiths conducted a survey of 5,000 gamblers and concluded that the idea of a big win was definitely the primary motivation, which seems obvious. What was surprising was that this motivating factor was closely followed by “because it’s exciting” and “because it’s fun”.

“Even when you’re losing while you’re gambling, your body is still producing adrenalin and endorphins,” he told the BBC. “People are buying entertainment.”

Earlier studies seem to confirm this. In 2009, a study by Stanford University in California discovered that the vast majority of people can and do gamble responsibly, with some 92% of respondents showing a “loss threshold” beyond which they would just walk away.

At the same time, the study showed that continued losses over time did little to diminish the overall enjoyment people found in gambling.

“People seem to be satisfied with relatively small wins, and will tolerate even smaller losses,” said co-author Sridhar Narayanan at the time. “They tend to be conscious that, in the long run, they are more likely to lose than win.”

When losing is winning

Ironically, the research shows that mounting losses, despite the disappointment that comes with them, may well actually increase the enjoyment players feel even with small wins. As gamblers expectations of winning are lowered during a losing streak, a win in time releases even greater amounts of the neurotransmitter dopamine, associated with changes in emotional state and the pleasure centers in the brain, making the win that much more enjoyable, irrespective of the previous losses.

A neuroscientist at University College, London, Robb Rutledge asked 26 subjects to make decisions equivalent to gambling while their brains were hooked up to fMRI scans. At the same time, in a similar experiment over 18,000 respondents were questioned about their happiness levels after making similar decisions via a smartphone app.

What the team learned was that when respondents’ expectations of a win were lowered, i.e. they were on a losing streak, their response to winning even small amounts was elevated, data that was correlated with the fMRI scans, showing increased brain activity in the centers of the brain that produce dopamine.

“If people lose a bunch and that lowers their expectations, that will increase how happy they are when they finally do win,” says Rutledge. “If a couple of bad things in a row happen to you and your expectations go down – but then you actually get some good outcomes, you’ll probably be happier.”

Griffiths goes on to argue that it is the number of potential rewards as opposed to the actual rewards that drives compulsive gamblers.

By way of example he points to gambling machines, like slots and video poker machines, that often offer substitute rewards, such a as free games or additional credits after a loss that increase the possibility of bigger potential wins as a motivating factor.

“If you build in lots of little rewards that are not necessarily financial it will keep people responding,” says Griffiths. 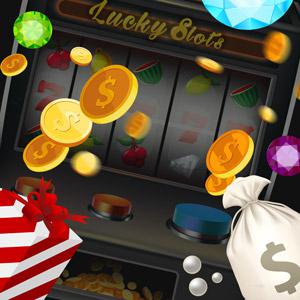 He goes on to explain that many problem gamblers, as well as average responsible gamblers who have yet to hit their loss threshold, attempt to game the system by developing what he calls “pseudo-skills” to target potential rewards both real and substitute.

By way of example he points to the fact that many types of slot machines have been known to pay out more than they take in over certain periods of time to incentivise players before reverting to higher house odds and lowering the amount of rewards paid out.

Latest winners
Want to be one of the top winners?
Join now!
This, he argues, can entice players to continue playing, even beyond a reasonable point or their loss threshold, as they hope to place themselves in the right place and the right time to take advantage of jackpots that have been held back when the machine hits its more generous pay out cycle.

In many ways, researchers are intrigued by the fact that such behaviour, from higher highs after losses, to “pseudo-skill” justifications for continuing losses, may hint that winning actually isn’t the point.

Instead, some experts have argued that it’s the process of gambling itself, the thrill of placing bets no matter what their form, that makes the entire process enjoyable for players.