Sin City isn’t just known for lavish casinos, shotgun weddings and million lights! It’s also home to some of the most memorable boxing matches in history, particularly within the last 50 years or so.

Boxing is a sport which see’s millions of viewers and fighting enthusiasts lock onto their screens every week and generates a substantial amount of money every year just from pay-per-views. Naturally about 70% of this money ends up in the pockets of the fighters – but when it comes to actually hosting the live matches, it’s no surprise that some of Vegas’s largest and most wealthy gaming establishments want to be the battleground for where these kind of events take place.

Most of the following fights took place long before the glory days of online sports betting, so any betting action was taken by flesh-and-blood bookies that probably looked like characters in a Scorsese film. You couldn’t place bets in an online casino in the good old days of live boxing. You had to go to the arena and hear the shouts, smell the sweat, and feel the thunder. Or shell out hundreds of bucks for a pay-per-view match on cable television.

The first in the trilogy of epic fights between these 2 heavyweight names. Even though Bowe won the majority of the rounds, it was when he went in for the knockout in round 10, where Holyfield displayed his brute resilience and tenacity by surviving a complete onslaught of punches. 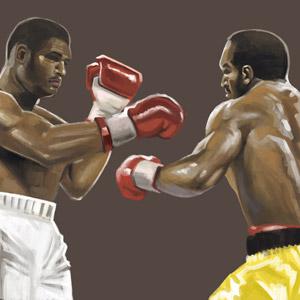 In the 11th round, he was hurt by a left hook, followed by a right to the side of the head that sent him straight to the floor. In the heat of a very intense match displaying 2 very different game approaches,
it was dubbed by the commentator at the time ‘Al Bernstein’ as one of the greatest
heavyweight rounds in history, and the match earned the titles of
‘Round of the Year’ and ‘Fight of the Year’ by The Ring.
Over 900,000 pay-per-views were generated, and it saw a crowd of over 18,000 congregate at the Thomas & Mack Center where it was held.

One of the first fights to ever take place in the Sport’s Pavilion at Caesar’s Palace, and it was also one of the most unforgettable, after the first fight between these 80’s boxing legends two years earlier.

Even though it was Boza-Edwards who emerged victorious, Chacon notably maintained his position throughout the whole match, managing to take his opponent down on the 2nd round, and then overcoming a near knockout on the 3rd; despite receiving bad cuts and lacerations over both eyes.

It was in both the 7th and 8th rounds that referee Richard Steele stopped the action to get Chacon’s eyes checked by a ringside physician. The fight was also accredited ‘Fight of the Year’ at the time by Ring Magazine.

Also taking place at Caesars, the fight between Steve Cruz and Barry McGuigan was a classic one for sure. Lasting a grueling 15 rounds, it was Cruz who eventually took the lead when McGuigan tired himself out in the first few rounds. Although he managed to inflict a lot of hurt on Cruz repeatedly, the combination of intense summer heat, and his brutal work rate meant that he became exhausted and dehydrated by round 12. 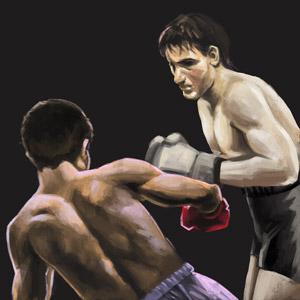 This was Cruz’s opportunity to land a three punch combo that sent McGuigan stumbling backwards and barely able to regain his composure.

By the time the final bell rang, the judges had scored the match in Cruz’s favor; for withstanding his ground and displaying such an impressive performance.

The first out of 3 fights that saw these 2 boxing luminaries compete for the IBF and WBC Junior Flyweight titles at the Las Vegas Hilton.

In both rounds 2 and 5, Carbajal went down from a flurry of punches and jabs from Gonzalez, but it was the 7th round where things got really interesting. Gonzalez staggers hard after being hit with a hard right, and with only 1 second left on the scoreboard, Carbajal managed to knock Gonzalez clean out via a left hook to his chin.

What was set up to be an exhilarating fight, turned out to be one of the most dramatic and controversial boxing matches of all time, earning it Fight of the Decade for the 1990s, and gaining the name “Thunder Meets Lightening” after a display of savage punches delivered by Chavaz throughout the final rounds.

Even though Taylor had the upper hand in the beginning, owning the game with his elite and speedy footwork whilst landing some dazzling combinations on Chavaz, was what slowly racked up his points. 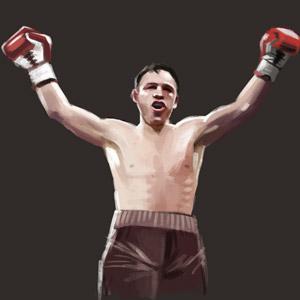 However, Chavaz did not become unnerved, and exerted an immense amount of power in later rounds, causing Taylor to have profuse bleeding from the mouth, as well as broken eye sockets, and an almost unrecognizable swollen face.

With less than a minute till the final bell, Taylor got hit with a right hand hook so hard, he wasn’t able to answer when Richard Steel gave him the 8-count for continuing the match, resulting in Chavaz as the TKO victor.

The first meeting which lasted an anticipating 12 rounds, took place inside the Mandalay Bay Resort & Casino. The 2 fighters entered the ring with a brief skirmish when Tapia shoved Ayala before the opening bell during the first round.

From there, things only got more heated and ends with a post-fight riot after the second round, when Tapia fans reacted with anger over the close decision that put Ayala ahead with the scores.

Ayala continued to throw shots at Tapia in round 3, finishing at 1:17 with a clean hit to the back of the head, but it was later ruled out as a ‘slip’. The pair continued to bang heads throughout rounds 4-8 with neither man obtaining any cuts.

Come rounds 11 and 12, Tapia received a blow to the top of his head which resulted in Ayala winning the match.

It is said, that even the commentators struggled to keep up with this legendary match! Claiming how all 12 rounds were so fast and at one point, everyone had their “hearts in their mouth”.

The first few rounds were brisk but steady, with both men delivering sharp hooks on each other. But come round 5, Morales was caught with a right and pinned to the ropes, with many believing he could be in serious trouble.

However, to the crowd and judges surprise, he managed to hit Barrera repeatedly with a series of over 20 punches consisting of upper cuts and hooks that put him at the top.

The rounds that followed were vigorous and chaotic, as both men literally could not, and would not stop punching each other.

The crowd were in a complete frenzy by the 12th, and Morales was looking to be at a loss when he got caught off guard with a left-up-top move. Barrera takes the opportunity to knockout his exhausted opponent and wins the match 10-8 in his favor.

One of the most brutal, yet highly-acclaimed boxing matches of the 70’s era, was when George Foreman took on Ron Lyle in the ultimate punch-up for the heavyweight title.

When the opening bell rang, Lyle was the first to thump Foreman with a right flush to the jaw which had an instant effect on Foreman’s legs.

In the second round he managed to put the ball back in his court when he hurt Lyle in a session that only lasted 2 minutes, due to an error with time-keeping. 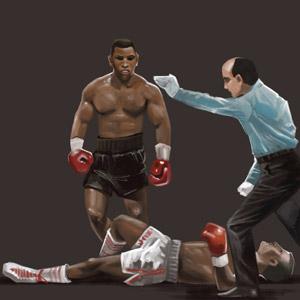 The 3rd round was tame but come the 4th round – Lyle managed to exert a ferocious combo of hooks that dazed Foreman once again, sending him down.

At the 5th round, both men were looking pretty worse for wear, but it was this round where Foreman managed to trap Lyle in a corner, where he reigned down a barrage of straight shots and uppercuts to his head, at which point the referee Charley Roth gave the count and the match ended.

Not many have overcome Foreman in his boxing career, but this was a match he specifically stated was one of “the fights of his life”.

Holmes vs Norton has been regarded as one of the most intense showdowns between 2 of the best heavyweight boxers in the world at the time.

The first round at Caesars Palace saw both men land a series of hard shots on each other.

Holmes set the rhythm in the second round, hitting Norton with a left jab and a straight right, whilst Norton attempted his own shots, but missed frequently.

In the third round, Norton went in for another shot which left him wide open for Holmes to take advantage, scoring a savage combo of punches. The ball appeared to stay in Home’s court, until the 11th round where the tables turned and Norton battered Holmes (now on the brink of exhaustion) with a series of hooks and crosses to the head.

By the 12th round, the match had turned into a solid brawl. Holmes was in trouble, and Norton pursued with sheer recklessness and determination in the final round. With three minutes left, the 2 went head-to-head, taking turns to smash in those last minute hits before the bell finally rang and the judges had to conclude the winner.

It was extremely close, but in the end Holmes was crowned the winner after withstanding an extremely merciless fight till the very end.

It was the fight of a lifetime, and one that lasted a taxing 14 rounds out of 15.

The first 5 were very close, and Hearns took the lead. But in the 6th round, Leonard was able to connect with Tommy’s chin with a hard left which put him to the floor, and then proceeded to pummel him with a ferocious cluster of power shots.

By round 7, Leonard appeared unstoppable, delivering a set of uppercuts and left hook combos that sent Hearns reeling over again and again.

In the rounds that followed, the men oddly seemed to exchange fighting styles, which ended up putting the imperishable Sugar Ray at a disadvantage. Hearns fought back vigorously and landed a series of blows, right through to the 14th and final round where Leonard eventually landed enough shots that made the referee Davy Pearl, step in and raised his hand up as the victor.

It was a seriously close match that many believed warranted a rematch, and 8 years later it finally happened.