We all know top comic book heroes are prone to take risks. They have to. Saving the world is no easy job. They are there to put their life on the line. But what’s a hero without a villain? Inured in the endless mechanizations of their evil scheming, often to escape their own, deep personal pain and misfortune, comic book villains are masters of calculation. But comic book villains, with all their evil scheming, like all good gamblers, know how to take risks and play the odds long and short.

In this article we take a closer look at the top 5 greatest comic book villains who love to gamble!

A quick note: when it comes to comic book characters in general, there are many aliases used by different characters in different comics, universes, time periods, even between Marvel and DC, and the variations go on and on. Some of the character aliases on our list have multiple characters behind them; we’ve picked our favorites. 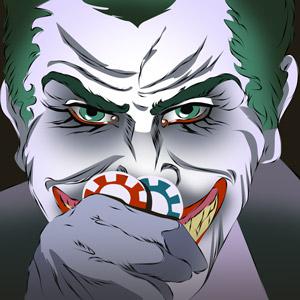 Although we never actually see him gamble, the Joker deserves a mention as one of the classic villains out of the DC and Marvel universes combined as well as for his name, a nod to the Joker playing card. The Joker is a character who has been, from the very beginning, as iconic as Batman himself. He appeared alongside the famous hero in the debut issue of the Batman comic book and has been included in various movie remakes and television series over the years. He is a violent, highly unpredictable villain – a perfect character foil to Batman, who values the sanctity of life and justice above all else.

As far as gambling goes, his reckless, chaotic nature leads to many risky and impulsive decisions with different outcomes. One clear moment of risk taking is when he had to make a calculated choice in order to escape from Batman. In his very first origin story, the Joker started out as a criminal who goes by Red Hood. One day, he was forced to either leap into a vat of chemicals or be captured by Batman. The incident left him physically disfigured and mentally scarred, leading him to adopt a new identity, and he gave himself the name “Joker” after the playing card figure he resembled. 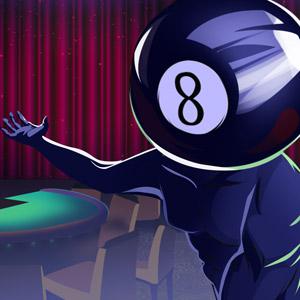 Originally from Duluth, Minnesota, 8-Ball is a special mention on this list as the only Marvel Universe bad guy. Jeff Hagees was a defense contractor and missile propulsion system engineer for the Department of Defense. After some time, he took to playing pool as a hobby to relieve the stress of his job, which soon turned into a gambling habit, and from there, it didn’t take long before he accumulated significant debts to pool sharks. His employers discovered this, and, fearing that he would sell the company’s development secrets to competitors in order to pay off his debts, they fired him. Unemployed, desperately broke, and still in debt, Hagees took on a new identity as 8-Ball to obtain the money he owed.

Jeff Hagees’ addiction to gambling was the ultimate trait that defined who he became as a character. His love of engineering brought him to playing pool, but it was his penchant for gambling that became a turning point in his character development. Without it, he would have remained Jeff Hagees, an engineer for the Department of Defense. Instead, he combined his interest in pool and engineering to design a four-man hovercraft in the shape of a pool rack as well as a floating 8-ball for transportation. His weapon of choice was a cue stick that magnified force applied to it by a thousand-fold and transmitted that force to anything else. 8-Ball’s betting habits took him from a simple engineer to an unforgettable villain with his own organized crime business. 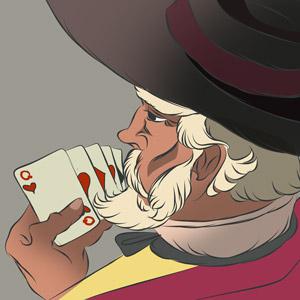 The title of Gambler shows up twice in the world of DC Comics – first as Stephen Sharpe III, whose grandson, Stephen Sharpe V, then took up the mantle after his grandfather’s death. Compulsive gambling ran in the Sharpe family, and when Stephen Sharpe III proposed to his girlfriend, she refused – unless he could prove that he would not become a gambler like his father and grandfather before him. The turning point for this character is the moment that his girlfriend left him for none other than “Pool Hall” Charlie, a gambler who had just won the lottery. Stephen vowed to make a new life for himself, and he started with an armored truck that crashes nearby. He stole the money that spilled out of the vehicle and decided that his new outlook on life would be all about luck, and he believed that those who take chances are the ones who would ultimately be lucky.

Feeling lucky yourself? Take a spin on the Cash Bandits slot at Planet 7.

Stephen called himself Gambler, as a tribute to his grandfather. He quickly started robbing trains and banks and just kept moving on to bigger and riskier ventures. After Gambler’s full, exciting career as a villain, his death occurred at a Vegas casino. Unaware that all of the games were rigged, Gambler lost everything he had. His defeat was too much, and he committed suicide by shooting himself in the head with his beloved Derringer pistol.

The story of Two-Face is one of the more tragic villain origin stories. Harvey Dent was born into a lower-class family. His father was a violent, mentally ill man who abused Harvey as a child. He would often flip a double-headed coin with a promise to spare the boy from a beating if the coin landed on tails. As a result of his difficult childhood, Dent developed bipolar disorder and schizophrenia. However, due to his solid work ethic and commitment to justice, he became the youngest district attorney ever to serve Gotham City, and he dedicated himself to upholding law and order with enthusiasm. He even formed an alliance with Batman and Police Commissioner Gordon in order to arrest a prominent crime boss in Gotham City. Unfortunately, that’s where things started to go downhill – his involvement in taking down the mafia led to his descent into evil. At a trial, a mobster named Sal Maroni splashed a vial of acid on half of Harvey’s face, turning him into Two-Face.

Dent had never fully confronted his turbulent past, and the damage of these repressed memories and feelings were too severe. He became obsessed with the duality of fate, and Batman later declared him to be the criminal he most fears. Two-Face’s particular form of gambling comes through his obsession with chance. His decisions are dependent on the outcome of a double-headed coin, like his father’s. The face on one side is scratched, maimed like his own, and Dent determines the course of his actions with a flip of the coin. 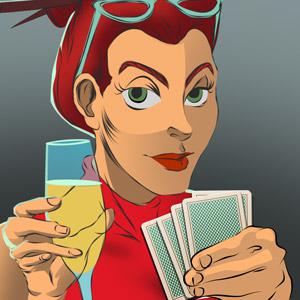 This one is doubly interesting because there’s actually also a Marvel Comics character by the same name. Marvel’s Roulette is called Jennifer Stavros, born in Atlantic City, New Jersey. She first appeared in New Mutants #16 (June 1984) and is a member of the Hellions, a rival group of the X-Men. As an iconic female comic book villain, Roulette has the mutant power of altering probability, which she focuses by generating disks of psychic energy. These discs can cause either good or bad luck for their subjects by altering the probabilities field around the victim after she has thrown the disc. Black energy discs create bad luck while red discs give good luck.

Fun fact: she once used her luck-altering powers to help her love interest win several hands of poker.

Channel your inner Roulette to win a few hands of poker on Planet 7 today!

Now, on to DC’s Roulette. Although she has no superhuman abilities like her Marvel namesake, she earns the official spot on this list because of her uncanny skill in calculating odds and gambling winnings. Roulette is a female super-villain and enemy to the Justice Society, but she doesn’t have much in the way of a backstory that explains how she becomes who she is. In fact, you could say that it just runs in the family. Roulette’s grandfather was a Golden Age villain of the same name, and he ran a conventional casino. Roulette stepped it up with her casino, “The House,” a gladiator arena – heroes were captured with teleporter technology and then pitted against each other, all while her fellow supervillains betted on the outcomes. Instead of jumping into fights and getting her own hands dirty, she was happiest when she could manipulate others to turn a profit.

Get a feel for why they call her Roulette by taking a spin on the roulette wheel at Planet 7 Casino! 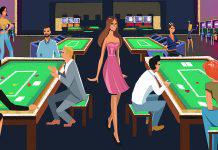 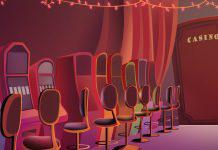 Top 15 secrets that casinos don’t want you to know