Sign Up Instant Play
Planet 7Blog Game of the month

Game of the month 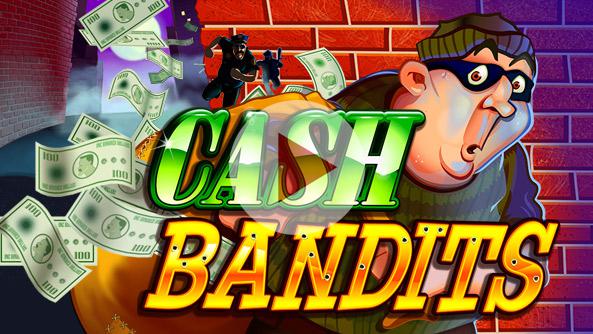 “Boy is this one named wrong! Makes ME feel like the bandit I’m taking so much!”

“Trying to open the safes is the best slots feature I’ve ever seen.”

“A stormy ride full of fun from Realtime Gaming.”

There’s not much better than playing a great game of poker. Of course, rounding up a group to play can end up being more hassle than it’s worth. But with our Game of the Month, Aces and Eights, you can play a hand anytime you feel like it. Play up 52 hands at a time by switching the number of games under the Options menu (you can change the bet size here too). And if you hit the big hand, the Royal Flush? That’s worth 4,000 times your bet.

“I was playing 52 hands and I got dealt a full house without needing hold cards. Guaranteed big win!”

“I get so much play time out of video poker games!”

“This is so much better than waiting to see which friends will cancel on poker night.”

“I got into poker when they started showing it on TV. Now I play while I watch.”

“So many three of a kind hands!”

“This game is perfect for me. I love poker but I can’t keep a straight face at the table.”

Things can get spooky in the bayou… embrace the mystical powers of the swamp with our February Game of the Month: Voodoo Magic. Snake, skull and dagger symbols haunt the reels, and Voodoo Priestesses are wild. Last but not least, the scatter symbol is the infamous Voodoo Doll. Players don’t just love Voodoo Magic for the eerie graphics; they love the insane multiplier bonus you can hit on the feature. Any scatter win awards up to 25 free games, and here’s the best part… There’s a ch

“This game is my all-time favorite, and now I can play on my phone!”

“Voodoo is so cool, I’m so glad to find a game about it.”

“Maybe I’m just lucky, but I kept hitting the feature.”

Christmas may be over, but Rudolph is just getting started: our Game of the Month this January is Rudolph’s Revenge. What makes Rudolph’s Revenge so popular among players? It could be the adorably wrapped gift symbols; it could be that Rudolph’s Revenge has a fixed bet, making it even easier for new players to play. But to be honest, it probably has something to do with the jackpot, which is almost always over $50k. This January, help Rudolph get his Revenge on Comet, on Cupid on Do

“I never liked the Rudolph song, but the idea of him getting revenge for everything is hilarious.”

“This is my favorite game for managing my bankroll. That $2 fixed bet is a lifesaver.”

“This is the only holiday game I play all year-round. Especially when that jackpot gets up there.”

“I’ll be honest, I do not like Christmas. It’s too cold out! But I cannot stop playing this game.”

“All the numbers are wrapped like little gifts, and the tiny captured elves are so cute!”

Break out the ketchup, mustard and other condiments that stain. The December game of the month is Food Fight. This is THE game for the jackpot hunters on our site. Food Fight is different from our usual jackpot games: there are not one, but SIX jackpots to go for based on the size of your bet. Does that mean that the more you bet, the more you can win? Not necessarily. This is where the strategy comes in. Right now, betting 25¢ per line, the maximum Jackpot you could win on Food Fight i

“I wish my husband enjoyed my food as much as the food in this game!”

“The first game I’ve ever hit a jackpot on!”

“I really enjoy the classic slots like Food Fight. Those new ones just don’t feel the same.”

“I don’t know if I’m just lucky, but I’m getting great wins off betting a nickel.”

East of Eden. Casablanca. A pepperoni pizza. Sometimes the classics are the best. That’s why this November, our game of the month is Keno. Keno is a player favorite up and down the Vegas Strip, and now it’s available to play online. Pick up to fifteen numbers; if enough get hit, you get paid out. Big. It’s almost too easy to play. This is the kind of game to enjoy on a cold winter’s night when you’re wrapped in a blanket with a mug of hot chocolate: just click “Play 10” and watch t

“I always loved Keno on our vacations to Las Vegas. I’m so happy to find it available online.”

“I never thought I’d stray from the slots, but I decided to give Keno a try and I’m so glad I did.”

“I haven’t had my ‘Big Win’ yet, but I’m enjoying the game and staying about even! LOL.”

“It looked so complicated, but once I got into it, it was really fun and quick to learn!”

Well she lives with snakes and lizards and other things that go bump in the night, ’cause every day is Halloween at Planet 7. And our resident sexy witch Winnie takes Bill Shakespeare’s old curse “Double, double toil and trouble” to a new level as her fire burns and your bankroll doubles. She’s a highly volatile one, so show her the money and she’ll deliver the honey. And with her August 2016 Return to Player (RTP) of 98.5%, she’s of course hugely popular AND this month’s Game of the Month.

“Great graphics, love it when she appears in the middle.”

“The Wild Witches bonus round pays and pays.”

“It’s fun and the payouts are god.”

“I’m in love with that sexy witch who’s filling my wallet.”