How AI and Swarm are Changing the Way We Bet

There’s strength in numbers. We’ve all heard that before, in large part because it’s true. When you play online slots today, craps or keno, computers use random number generators to decide the outcome. And, when it comes to placing sports bets, strength in numbers is taking on a whole new meaning… and fast! Just look at AI, the science of using data and programs to teach machines to learn like people do, and it’s remarkable offshoots, like swarm intelligence.

Whether we like it or not, artificial intelligence (AI) is making its way into our daily lives at an alarming rate. Okay, that’s not completely right, true AI is still a way away, so Big Brother is more likely to be a person or set of people than a machine. Hard to say if that’s good or bad. However, you can’t really blame the machine. But the fact remains that complicated algorithms and hints of true machine learning surround us and are being ever more intricately woven into the fabric of our lives.

Google is already using neural nets, data patterns and programs modeled on the human brain that learn to quickly solve problems, to help you search for images. Facebook has its own AI projects, helping you identify people you know in photos you post. Your smart phone can predict the text you’re likely to write, to name a few of the most obvious examples. This is the slow, creeping effect of AI on our daily lives. Computers, there, learning our habits behind the scenes. And, at least for now, an effect we seem to enjoy.

And there’s strength in numbers, sometimes surprising strength. Ever try to tear a phone book in half without breaking the spine? There’s a lot of numbered pages there and together they’re pretty tough to beat. You know, all those zeros and ones that run through a computers “brain” and are capable of doing everything from landing jets to sending 205 billion emails a day are a lot of numbers. They too can be pretty hard to beat.

Could AI be our terrible end? 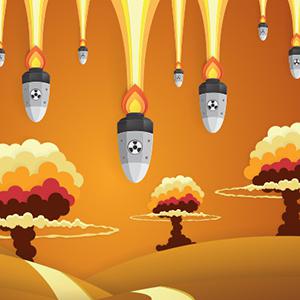 Too much strength in numbers, however, may not be in anyone’s best interest. The apocalyptic visions of AI in the movies, such as ARIIA in Eagle Eye. V.I.K.I. in I, Robot or the Robots in the Matrix offer up pretty bleak visions of an AI controlled world. To bring such latent fears even closer to home, Google of all people, went so far as to actually warn in February 2017 that its AI machine DeepMind begins to use “highly aggressive” strategies when it’s in stressful situations. Humm, a gaming machine with a temper? Let’s hope it doesn’t have a gun?

You can’t say Hollywood didn’t see it coming. As did the famed physicist Stephen Hawking, who recently told the BBC that AI (and by implication the strength all those numbers swirling around in the ether and directed by the computer itself) could spell the end of humanity… or be the best thing ever! Really, he said that. Maybe it’s time to take up roulette, while there’s still an upside to those swirling numbers! Billionaire Tesla and SpaceX founder Elon Mush is of like mind, telling the Huffington Post “with artificial intelligence we are summoning the demon.”

For now, though, most of the serious real-world AI and its dramatic effects remain in the realm of tech giants, university research departments, famous chess, Go and poker players, dramatic news stories and the silver screen. The random number generators in online casinos are heavily regulated, and an aggressive computer helping fly the plane isn’t likely to take the pilot’s spilled coffee personally. 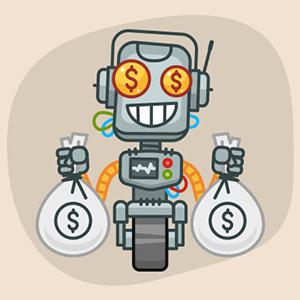 It is however, worth a look back at AI’s slow but steady ascent, which has been pretty dang amazing. In 1996 IBM’s monster AI computer Deep Blue was the first (but not only) machine to defeat world chess champion Garry Kasparov. Quite a feat for hardware and software spinning a bunch of zeros and ones. Not long thereafter, another IBM computer, nicknamed “Watson”, was able to beat all-time Jepardy! quiz show winner Ken Jennings in 2011, after which a pleasantly stunned Jennings remarked “I, for one, welcome our new computer overloards!”

In 2016, Google’s temperamental DeepMind was able to definitively beat the world’s best players at the game Go by learning from its own moves. To do so it analyzed 30 million Go moves from human players before learning on its own by playing against itself.

Most recently, Libratus, a computer designed to play poker built by researchers at Carnegie Mellon University, successfully out bluffed four of the world’s best poker players. Libratus pulled in approximately $1.8 million in the 20-day match, with professional players Dong Kim, Jimmy Chou, Daniel McAulay and Jason Les left to split the $200,000 purse for their time. Talk about a killing machine, well Libratus sure made a killing. 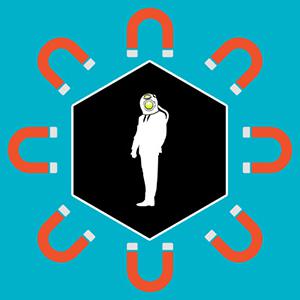 So, will AI machines end up with a seat at the table in the world’s casinos? Not likely. But there is another, linked phenomena, that may soon have the book makers up in arms. Enter the SWARM. No, not bees or locusts, crazed gulls, Christmas Island crabs, monarch butterflies or mosquitos, but people! Well, not exactly. People, algorithms and computers. A sort of machine aided group think.

Referred to as “artificial, artificial intelligence”, Swarm A.I., known as “UNU” is a platform created by the Stanford educated computer scientist and AI researcher Louis Rosenberg and launched by his California based start-up Unanimous A.I. last year. Different from a poll, which combines individuals’ opinions or votes, UNU combines elaborate computer algorithms with the brain power of human groups working together online to form a computer moderated consensus to make predictions and decisions that are, as the website says “often smarter and more insightful than the individuals would be alone”. Political pundits and bookies have a reason to be nervous. Look at the results:

Most recently, UNU beat the music industry’s leading experts at Billboard and Rolling Stone to predict the 2017 Grammy’s in 5 out of 7 categories, with the Grammy’s own fan poll getting a whopping zero out of 7 correct. The swarm and its algorithms also predicted the 2017 Super Bowl score perfectly. Not to mention the 2016 Kentucky Derby winners. UNU’s human based algorithms predicted the first, second, third and fourth place horses in the Derby at 540-1 odds, earning the technology’s inventor Louis Rosenberg $10,842 from a $20 dollar bet. Not bad, hugh? While undoubtedly imperfect as both human beings and machines are want to be, swarm AI still got 11 out of 15 winners correct in the 2016 Oscars. A truly impressive showing.

So while UNU may not yet be the best way to pick your lottery numbers and the AI apocalypse may still be far enough away to give you time to play, for bets and decision making that require a degree of human intelligence (above and beyond the bookies) UNU and swarm intelligence may well be worth a closer look.