People love card games, and more importantly, people love to wager on card games. Whether Gin Rummy or 21 Blackjack, in the upscale privé Baccarat rooms of the Monte Carlo to the World Series of Poker in Las Vegas, Nevada – Today’s playing cards and their designs have been around for centuries, but just how exactly did it all begin? Planet 7 Online Casino wants to take look at the exciting history of playing cards!

The origin of playing cards

Gambling has been a part of human culture for thousands of years, and although its exact origins are unknown, archaeologists have been able to find forms of gambling games using sticks, bones and rocks since the late Neolithic period. It is believed that these were closely tied with the superstitions and myth cultures of the first human civilizations, which later developed into recreation with the advent of agriculture and the written word.

Playing cards came about much later, but are by no means a new human invention. It is believed that the first playing cards were invented around 9th century AD during the Tang Dynasty of Ancient China. With the invention of woodblock printing, a type of card game known as the “leaf game” dates back to the 800s. With woodblock technology, members of royalty enjoyed the game and made wagers on who would win. Although the rules of the game have been lost, references to it still exist. 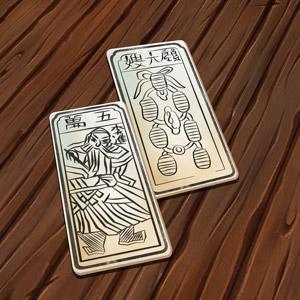 Instead of suits or numbers, cards came with icons, characters and instructions on how to play and wager. The leaf game involved nine cards where players could stake metal currency to win. Chinese characters depicted characters that informed players of each card’s rank and suit in addition to “money cards” and coins for wagering.

Fast forward to Europe to the late-Middle Ages, trade with Egypt and Persia undoubtedly included transfer of playing cards, which the Europeans adopted to suit their customs. The earliest known record of four-suited playing cards can be found in Southern Europe during the middle of the 1300s. These were derived from the Mamluk court hands of Egypt, which featured suits of kings and princes. Card suits were established based on cups, coins, swords and polo sticks. These influenced European versions, and the cards and their respective suits began to spread from the South of Spain over through central Europe in France, Germany and Italy. 14th century Mamluk court cards depicted members of royalty with seated kings, upper marshals displaying power using various symbols, and lower marshals with their ranks displayed with symbols upside down.

Latin and Germanic systems were developed, and Mamluk cups turned into Hearts in both the German and the French cards. The shape of the heart vaguely corresponded to that of a chalice. Over time, coins and bells changed into Diamonds, Mamluk scimitars (or short swords) and curved blades turned into Spades, while polo sticks and pikes took on the shape of a scepter, leaf or Club.

References to playing cards in Central Europe can be found in 1370. A book that belonged to King Charles IV of Prague holds a note that reads: “Given to Monsieur and Madame four peters, two forms, value eight and a half moutons, wherewith to buy a pack of cards” – referring to a deck of cards purchased by the king.

By 1390, European playing cards developed their own distinguishable styles. With the lowest face card featuring a knight or “knave”, a character intended to represent a prince, as well as queens, which became prominent throughout Germany and France.

Latin suits featured colorful depictions of leaves and shields, hearts and roses, bells and acorns, and a combination of Latin and Germanic suited pictures. By the 1400s, the French suits featuring trefles (clovers), cordeaux (tiles), cœurs (hearts), and piques (pikes or clubs) became the most popular.

The printing press developed by Johannes Gutenberg in the 1440 revolutionized Europe, and helped push the popularity of playing cards with mass produced decks. Playing cards competed with devotional images, and were printed using wooden stencils, which were then hand-painted by guild apprentices. Movable metal type eventually replaced woodblock printing, which had been the predominant method for reproducing images and illustrated books throughout Europe at the time. 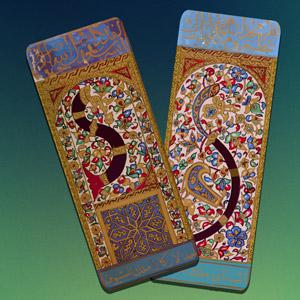 Playing cards and gambling were seen as an amoral activity despite its popularity, and at the height of religious fervor throughout Europe during the Middle Ages, many laws were put in place that forbade card gambling due the Church viewing it as a corrupting vice.

Popular French decks came in a variety of sizes, but eventually the 52-card deck system including 13 ranks of each suit with a reversible face became standard. The French deck was the first to include an Ace, King and Queen, a Jack or knight, and the lower ranking hands two through ten for each suit.

European playing cards even made their way back to the East through trade by ships, most notably in Japan, which later adopted its own versions.

The physical size of playing cards have remained relatively small since their creation. Cards with corner indices, each with their indicated card values, were created with the intention of fanning out cards in one hand instead having to use two. The first known instance of mass-produced packs were known as the Infirerra form Spain in 1693. The design of these eventually became standard by the 1700s.

Once playing cards and their associated gambling games appeared in the Americas by the late 1700s and early 1800s, a print created by Samuel Hart in 1864, known as the Saladee’s Patent, became the most common card design. It featured reversible cards with both front and back designs, an invention copied from French card makers of the 1700s. The key difference were these cards featured rounded edges instead of sharp corners, because the latter wore out quickly. Before the mid-19th century, British, American, and French gamblers played with blank backs. Cards with back designs were intended to hide wear to avoid cheating and to maintain uniformity within a deck. 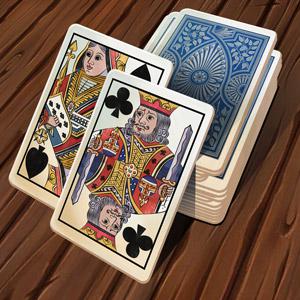 The Joker was introduced to the standard card deck and is assumed to have come from a game known as Euchre, which spread to America from Europe not long after the end of the American Revolutionary War. In Euchre, the Jack was known as the “trump” card or bower; and the term joker is said to have come from the word “juker”, an alternative for the game Euchre. An alternate theory claims that the Joker came from the Fool card in Tarot, but this remains speculation. The earliest known reference to a Joker card in American decks can be traced back to 1875 with early prototypes of the game of Poker.

Today’s casinos utilize the standard 52-card deck, with Hearts, Diamonds, Clubs and Spades. These venues incorporate multiple decks for each casino game, from Blackjack and Poker to Baccarat or Three-Card Rummy. The top casinos of the world utilize private card manufacturers, which produce cards exclusively for each casino along with their respective designs and logos.

In recent years, various methods have been used by cardsharps in order to beat casinos. The most famous of these involved one of the world’s elite professional poker players, Phil Ivey. Ivey recently lost two lawsuits against top casinos the Borgata in Atlantic City and Crockfords in London regarding a form of advantage play known as edge sorting in Baccarat. Edge sorting refers to reading manufacturer imperfections in the patterns on the backs of playing cards located at their edges in order to predict their value. It shows the lengths that the world’s most talented players will go to in order to take on the house. By the 1990s, playing cards began to take digital forms with online casinos, and today the online casino industry has grown rapidly with millions of players gambling worldwide.

Think you have what it takes to be a professional card playing pro like Ivey? We suggest trying the table games at Planet 7 Online Casino in order to make the most out of your time playing our most popular table and online casino games. You can choose to wager with a deposit in order to win real money, or use the Instant Play feature in order to practice before you start winning big. Our casino game selection features everything from video poker and various exciting versions of Blackjack to Baccarat, Pai Gow and Tri Card Poker, video poker tables, and much more.