Admit it: you’ve thought about it. We’ve all thought about it. That secret dream, that far-fetched fantasy, that almost guilt-inducing question that flits through your mind every now and then. You know what I’m talking about.

What would I do if I won the lottery?

Like I said – we’ve all thought about it. Everyone has some type of plan for when they cash that check worth millions. But for many who actually win, nothing goes according to plan. In fact, everything goes terribly, horribly wrong. Important lessons of the incredible importance of properly manage your bankroll when gambling, learning to take your winnings in stride and how to budget when the table goes cold to learn to live to play another day! Listed here are only a few winners who had millions of dollars one day, thanks to a lack of foresight and self-control, and not long after… 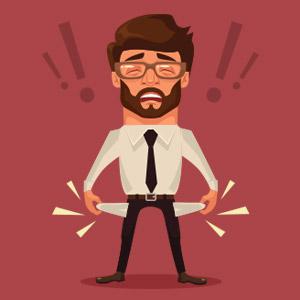 In 2002, Michael “Lotto Lout” Carroll showed up to collect a £9.7 million lottery prize wearing an ankle monitor. What a great sign indicating how this fairytale might end. Carroll was not conservative with his cash, and at one point was smoking £2,000 worth of crack cocaine per day and hosting huge drug and alcohol-fueled parties in his home worth £325,000. His wife, fed up with his lifestyle, left him with their daughter shortly after his win. He admitted that once in 2004, £100,000 worth of gold was stolen from him – but, the next day he “went out and bought it all again.” Over the next eight years, Carroll managed to spend the entirety of his fortune on drugs, expensive jewelry, gambling, and an estimated £100,000 on prostitutes, and in 2010 was receiving government assistance – a meager £42 per week. But, this story isn’t all bad, since Carroll seems pretty happy. “The party has ended and it’s back to reality,” he said. “I haven’t got two pennies to rub together and that’s the way I like it.”

Evelyn Adams won the New Jersey lottery not once, but twice in two years, collecting a total of $5.4 million in 1985 and 1986. She spent it on gambling and gave money to friends and family, saying, “Everybody wanted my money. Everybody had their hand out. I never learned one simple word in the English language – ‘No.’” Adams lost all her winnings, and currently lives in a trailer.

William “Bud” Post III won his $16.2 million in Pennsylvania in 1998, and everything went downhill from there. His brother hired a hit man to kill both him and his sixth wife, relatives convinced him to invest in shoddy business plans, and Post was arrested and jailed after he “fired a shotgun at a man trying to collect a debt.” Post died in 2006 of respiratory failure, and at the time was living off a monthly allowance and food stamps after declaring bankruptcy. 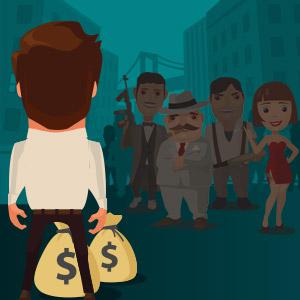 In 2006, Abraham Shakespeare won the staggering $31 million jackpot in Florida. Three years later, after having spent most of his fortune, Shakespeare mysteriously disappeared. In 2010, his body was found buried underneath a slab of concrete. Police charged a woman close to him – and who gained $1.8 million during their friendship – with his murder.

Jeffrey Dampier won $20 million in 2006 in Illinois, and used his winnings to move to Florida, where he opened a gourmet popcorn shop – in other words, he was one of the most levelheaded big lottery winners ever. Unfortunately, less than ten years later in 2005, Dampier was robbed, kidnapped, and murdered by his own sister-in-law and her boyfriend. One of the jurors who convicted Dampier’s sister-in-law was quoted saying, “He didn’t deserve this.”

Billie Bob Harrell Jr. won $31 million in 1997 in the Texas Lottery jackpot. He bought a ranch, several houses for himself and family members, new automobiles, and made large donations to his church. But Harrell’s generosity backfired – not long after winning, he found everyone asking for money, including relatives, church members, friends, and even strangers. His spending and contributions piled up, and eventually ended his marriage. Less than two years after winning, Harrell committed suicide. 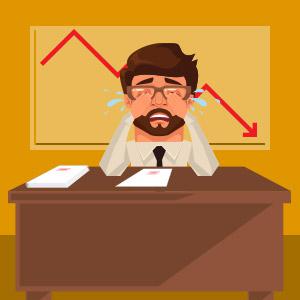 In 2002, Jack Whittaker won the largest jackpot ever at the time, worth $314.9 million. Then, everything that could go wrong did: his car was broken into twice with a total of $745,000 stolen (of which $200,000 was recovered); two club employees planned to drug and rob him; Whittaker’s granddaughter was reported missing and later found dead of an overdose at a friend’s house; Whittaker was charged with a DUI and sued by Caesars Atlantic City casino for writing faulty checks to cover $1.5 million in gambling losses; Whittaker’s daughter was found dead; and in 2016 his home completely burned down. Whittaker has since said that he believes he is cursed, and regrets winning. “I wish I’d torn that ticket up,” he said.

So, what’s the old saying? Be careful what you wish for. In the long run, it’s probably better to lose a few bucks at the tables than end up like these winners. Play wise, play well and have fun at Planet 7 Casino! And if you do join this club, or hit a million-dollar progressive jackpot on slots, remember: easy come, easy go… and try to keep a low profile.