Everyone who has ever held a handful of cards knows about the game of poker. With its many variations, wild cards, and bluffing, a good game of poker is great fun and even financially lucrative. But how did Texas Hold’em become the most popular poker variation in the world?

Origin and Variations of Poker

The exact origins of the modern game of poker are vague, with some references to early French or German card games, none of which bear any real resemblance to the poker we play today. But the basis of all variations of poker is the same. Players make the best poker hand possible from a poker hand rank, which starts with a single high card, to the highest hand, a royal flush, or 5 cards of the same suit (hearts, diamonds, clubs, or spades), 10, jack, queen, king, ace.

The three main categories of poker are ‘stud,’ ‘draw,’ and ‘community’ card games. In stud games, the dealer deals 5 or 7 cards to each player, and each must use those cards to make their best hand. In draw games, players have the option to trade in some of their cards in order to improve their hand. In a community card game, players receive ‘hole cards’ face down, and several ‘community’ cards are dealt face up (usually in rounds). Players use their hidden hole cards and the community cards to make their hands. Texas Hold’em is a community card game. 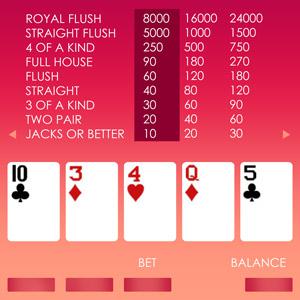 The betting structure is slightly different in Texas Hold’em. Instead of antes required by each player, two small bets, the small blind and big blind, are made by the players seated to the left of the dealer, who is marked by a button. The amount of each blind is set by the poker table limit rules, and the button (and blinds) move to the next players after each round.

Dealing and betting is done clockwise. The dealer distributes two cards face down to each player. These ‘hole cards’ are the only two cards a player receives individually. All other deals are added to the community cards, which are dealt in rounds. Betting occurs between each round of dealing, starting with the ‘pre-flop’ bet. Players look at their hole cards and bet according to which poker hand they think they might get.

After the pre-flop bets, the dealer deals 3 community cards face up in the center of the table. This round is called ‘the flop.’ Players use their hole cards and the community cards to make their hand. After another betting round, a single card is dealt in ‘the turn’ round, followed by bets. The final card, called ‘the river’ is dealt, followed by a fourth round of betting and a showdown, if necessary.

As in other variations of poker, bluffing is a normal part of gameplay in Hold’em. The winner of each hand of Hold’em is the last player remaining who has not folded, or in the case of a showdown, the player with the highest hand. Hands are ranked according to the standard poker card ranking (from high card up to royal flush). If two players have the same hand, it is considered a tie game, and the players split the pot.

Not much is known about the invention of Texas Hold’em, but the Texas Legislature officially recognizes Robstown, Texas, as the birthplace of the game. In the 1950s, three professional poker players known as the Texas Road Gamblers help spread the popularity of Texas Hold’em throughout the South while moving from game to game. The Texas Road Gamblers were Doyle ‘Texas Dolly’ Brunson, Thomas ‘Amarillo Slim’ Preston, and Brian ‘Sailor’ Roberts. These traveling gamblers with colorful names became legends in their own right and changed poker forever.

The Texas Road Gamblers did not always play Hold’em, but after they hit the Vegas poker circuit, it quickly became their preferred type of poker. Doyle Brunson dubbed Hold’em the “Cadillac of Poker.” A Texan named Felton ‘Corky’ McCorquodale introduced Texas Hold’em to the California Club in Las Vegas in 1963. The game’s popularity spread and soon it was played at the Golden Nugget, Stardust, and Dunes.

For several years in the 60s, the Golden Nugget Casino in Downtown Las Vegas was the only place with regular Texas Hold’em game tables. The Golden Nugget’s poker room was described as a sawdust joint, owing to the oiled sawdust covering the floors. This probably made the Texas Road Gamblers feel right at home, because they soon became regulars at the Nugget’s Hold’em tables. But it wasn’t until a new poker tournament was created that Texas Hold’em really hit the spotlight.

After a failed attempt to establish a regular poker tournament, Benny and Jack Binion started the World Series of Poker (WSOP) in 1970 in their Las Vegas casino, Binion’s Horseshoe. Texas Hold’em was offered as one of the games in the tournament, and one year later it became the main event in the final championship round.

The Texas Road Gamblers especially enjoyed playing Hold’em in all of the subsequent WSOP tournaments, and the trio took in dozens of WSOP bracelets and millions of dollars among them. They were extremely successful at Hold’em because it was known as a ‘thinking man’s game,’ full of new possibilities and strategies. A side benefit: as a relatively new game, the poker pros could easily beat new players who had not yet had time to master the game.

Texas Road Gambler Doyle Brunson literally wrote the book on poker strategy. In his 1978 poker bible entitled Super System, he explained the strategy, statistics, probability, and psychology of the game. He specifically detailed poker behavior in a way it had never been explained before. Brunson detailed his personal guide to discovering the ‘tells’ of his opponents, the slight changes in expressions or body language that give away an opponent’s bluff or hand contents. The book revolutionized the way people viewed the game of poker, and its popularity exploded.

In movies and television, Texas Hold’em was usually the game the pros were playing. In the 1998 film ‘Rounders,’ a game about traveling poker professionals (played by Edward Norton and Matt Damon), Texas Hold’em found a new audience in the movie theaters, and soon the whole world knew about the popular game—and the types of people who play it. In the 2006 James Bond film ‘Casino Royale,’ Texas Hold’em takes center stage in the casino scenes. In the 1953 book version, it was Baccarat. 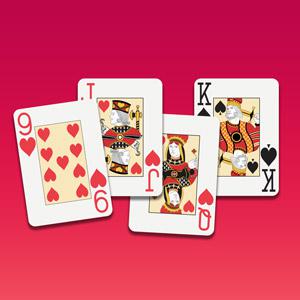 Nothing contributed to the popularity of Texas Hold’em like online gambling. Unlike a deck of cards slowly making its way from the dusty towns of Texas to the Sands and Dunes of Vegas, the internet gave everyone access to poker. As gambling is only legal in specific places, it took decades for games like Texas Hold’em to hit the mainstream. But with the advent of online casinos, a new generation of poker players could play online for real money. They could even practice for free first, and perfect their skills before plunking down any actual cash. This gave new gamblers the confidence to try many kinds of games they wouldn’t ordinarily play.

The numbers of players in the WSOP grew from just 8 in 1970 to over 800 in recent years. However, the game was normally played by confident professionals and seasoned hustlers. Until 2003, when one player named Chris Moneymaker entered the WSOP by qualifying at an online casino. When he won $2.5 million at the WSOP, this had a huge effect on the growth of popularity of Texas Hold’em. Now, seemingly random amateurs could win millions by playing Texas Hold’em.

It took a long time for Texas Hold’em to travel down the dusty Texas trails to Las Vegas, through the wires of the high-speed internet, to reach the popularity it holds today. But a few talented professionals took a new type of poker game and made it accessible to the masses. Today, Texas Hold’em is played in nearly every land-based and online casino, and has become the most popular poker variant in the world.