From ranchers to ruffians 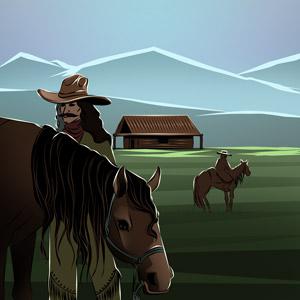 Cattle roping cowboys, lawless mining towns, gunfights, American icons such as Bad Masterson, the James Gang, Wyatt Earp and Billy “the Kid” all belong to a chapter of American history known as the “Wild West”.

It was a discordant time rampant with disorderly conduct, hell raising and schemes to make a quick buck. From the California Gold Rush to pelt trading, wars with Native tribes, and the exploits of frontiersmen, all these things helped expand the mainland and solidified the borders of the United States, as we know it today.

Poker and other card game variants became very popular in the saloons and watering holes of the period. Television shows and films like “Maverick” may have immortalized the poker games of the Old West via the limelight, but the harshness of that time was very real, and many of those that lived in the dusty towns of the west found it difficult to make ends meet through the straight and narrow alone.

From legendary outlaws, gunslingers, to lawmen and bigtime card gamblers, of all of these individuals the most famous perhaps was a man by the name of James Butler Hickok, better known to friends and foes as “Wild Bill”.

A former soldier, spy, and lawman, whose talents as a card pro were matched only by his skill with a six-shooter. Hickok was a brazen type who liked to drink heavy, play cards and serve justice. However, on a fateful August day in 1867, Hickok’s life would be forever linked with the game of poker. 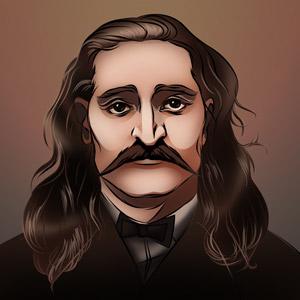 Bill Hickok was born, May 27, 1837 in LaSalle County, Illinois. His story is part fact and part legend, like a Paul Bunyan character come to life, many of his feats have been exaggerated over the years, but few can argue that he has become a symbol of the Wild West. Hickok lived the life of a true frontiersman, and held various occupations throughout his lifetime. He was a drover of livestock, a wagon-master, spy, Army scout, and eventually became a lawman, gunfighter, and notorious gambler.

From a young age, Hickok was said to be good with a pistol, and as a young man, he joined “General” Jim Lane’s Free State Army – a vigilante group active in the new Kansas territory. During Hickok’s time under Lane’s wing, he met a young William Cody, later known as “Buffalo Bill”, another legend of the Old West.

During the Civil War, Hickok served as a scout and spy for the Union Army, also developing a knack for card games and gambling during this time.

From 1867-69, Hickok served as Deputy U.S. Marshall at Fort Riley, Kansas. In those days, the only real law enforcement in the Old West territories was the U.S. military, which always had a presence in many of the frontier towns. Not long after, a rule was established that gave U.S. Marshalls legal authority over the territories. Appointed by the president of the United States, they were commonly found in Arizona, West Texas and New Mexico, and the Dakotas. During his time as a lawman, Hickok would kill his first men in drunken bar room shootouts while wearing the badge.

ALERT! Be sure to check out Planet 7 Casino’s outstanding 250% No Rules Deposit Bonus. All you need to do is make deposit and spread the word! The more times the deposit code is used, the higher the amount of your free chip total. Time is running out, so make sure you don’t fall short as you blast off with the other eager players who have already taken advantage of this exciting bonus! The more it’s used, the more you up the pool! Get ready to have more betting power.

Life during the Old West 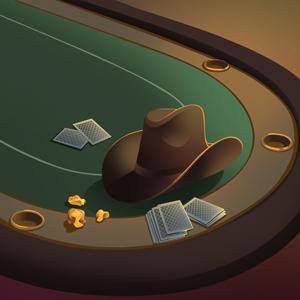 The ranching and mining towns of the Old West, known as boomtowns, were located along the frontier territories; in these regions miners held sway.

The two most famous of these were Tombstone, Arizona and Deadwood, South Dakota, where people come from all over the country came to start a new life amidst the excitement of gambling, playing poker card games, and ranching.

Once a town went through its initial formative years of frontier justice, town Marshalls were brought in to protect the cash flow of the businesses that set up shop. The owners of these businesses needed law and order to watch over the various saloons, brothels, land grant companies, banks and hardware stores, and of course gambling halls that hosted Old West poker games.

Do you want to play video poker and test your skills like Wild Bill? Planet 7 Online Casino has a spectacular selection of video poker games, which you can play free through your web browser or download to your mobile device via app. Sign up today for a free Planet 7 Online Casino account or make minimum deposit to start playing for real money, to start winning those big poker jackpots! 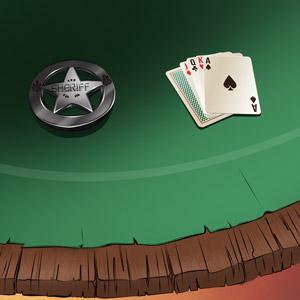 Popular card games in the Wild West in addition to poker were brag, pharaoh and three-card monte. Poker however was not the same as the version we know today. It was a much simpler game, and resembled something of stud and Texas hold ‘em variations in current casinos. Some poker decks consisted only of 20 cards in the four known suites. Players generally had to play the hand they were dealt, and were allowed only a single draw. Certain poker variants featured “fulls” and “triplets” as the best hands; what we would new refer to as a “full house” or “three of a kind” respectively. Straights and flushes were rare, largely due to the limited number of cards in the deck.

In the boomtowns, protecting cash flow was the job of the hired gun, the icon of the Old West, the sheriff; leader of a law gang, determined men that he could depend on in the heat of battle. These groups hunted down felons, murderers, robbers and cattle thieves.

Wild Bill Hickok was the most famous of these lawmen, standing over six feet tall with a prominent mustache, long red hair and his six shooters by his side, he was one of the most formidable gunfighters of his day. In towns where gambling was plentiful, disputes over cheating could be resolved swiftly, and could turn deadly in an instant. Towns needed a man like Hickok to keep the calm when things got out of hand.

A notorious incident occurred at the Bull’s Head Saloon in Abilene, Texas when Hickok and Phil Coe, a saloon owner, businessman and fellow gambler, had a dispute over the interior of the bar, resulting in a shootout and the accidental death of Special Deputy Marshal Mike Williams. The unfortunate accident would haunt Hickok, who was no stranger to gunfights, further leading him to drink. 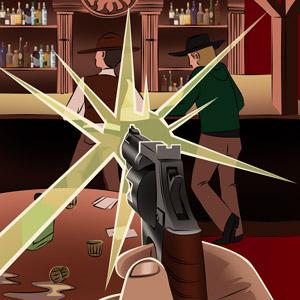 After his many years as a soldier, frontiersman, Marshall and sheriff of the various boomtowns, in the spring of 1876, Hickok arrived in the Black Hills mining town of Deadwood, South Dakota. He became a regular at the poker tables, and his venue of choice was the Number Ten Saloon. Here, the locals would gamble for dollars, personal property and bragging rights. A seasoned player like Hickok was all too familiar with a potential for incidents while gambling in the Wild West.

On August 1, a man by the name of Bill Sutherland was drinking at the Nuttal & Mann’s Saloon when one of the players of a card game that included Hickok dropped out. A drunken Sutherland took his place, and not long after, Sutherland lost many hands and ended up broke. Hickok offered the man compensation, but Sutherland was insulted and left the table.

The next day at around 4 o’clock in the afternoon, Hickok was playing poker at the Number Ten Saloon, and Sutherland entered through a backdoor. Approaching from behind, Sutherland shouted, “Damn you! Take that!” and shot an unknowing Hickok in the back of the head, killing him instantly.

The stunned crowd at the bar, witnessed as Sutherland tried to shoot the other men at the table, but his pistol misfired, and he swiftly fled the scene.

Sutherland, whose real name was Jack McCall, was tried, convicted and hanged for his crime a year later. Hickok died with his trusted Smith and Wesson pistols in his holsters, never having fired his gun or seen the face of the man who shot him down. Upon his death he held a pair of black aces and black eights at the table, now referred to as the “dead man’s hand” in poker.

A legend is born

Today, Hickok’s legend lives on, and he was inducted into the Poker Hall of Fame in 1979. Fans of his story can still visit the small town of Deadwood where the shooting occurred, but the exact site of his infamous shooting is unknown. Many of the local bar owners looking to make a buck from passing tourists will claim that their venue is the very saloon where Hickok died, a fact that is nevertheless difficult to verify.

The popular television show Deadwood featured episodes dedicated to the notorious gunslinger, and in November of 2013, Hickok’s six-inch, blue finished Smith and Wesson pistols were auctioned at $220,000, one of the highest prices ever bid for a set of handguns at auction.

Interestingly, historians argue that the dead man’s hand was an established as a poker idiom for various different hands long before Hickok had died. For instance, “three Jacks and a pair of Tens” was once known as the “Dead Hand”. Yet upon Hickok’s death, his poker hand, and its moniker began to gain widespread popularity, forever tying “Wild Bill” Hickok to the game of poker.

Do you think you have the right poker stuff? Be sure to head over to the Planet 7 Online Casino games section for all of the best online casino games. We offer more than just poker and feature everything from roulette and craps to blackjack and Keno, an exciting array of slots games, and more! Escape to Planet 7 Casino today!