The push to legalize sports betting across the United States is rapidly gaining momentum with nearly one third of American states tabling various forms of legalized sports betting legislation, and now vested interests are now tussling to get a piece of the pie.

In the near future, the U.S. Supreme Court is set to issue a ruling in the case of Christi vs National Collegiate Athletic Association and decide the fate of legalized sports betting in America once and for all. The case centers on the Commerce Clause of the Tenth Amendment of the U.S. Constitution and asks the Supreme Court to decide whether the federal government has the right to invalidate some states laws while allowing others to go unchallenged.

History of the case 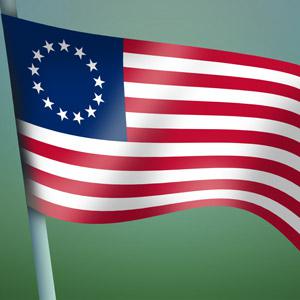 The issue first arose after the US Congress passed a law known as the Professional and Amateur Sports Protection Act (PASPA) back in 1992. The law effectively outlawed sports betting nationwide, with the exception of a handful of states: Nevada, Delaware, Montana and Oregon. In 2010 New Jersey, realizing the cash strapped state was losing out on millions in sports betting revenues to the exempted states and illegal offshore bookies, challenged PASPA in federal court and lost on a technicality.

In 2011, the New Jersey electorate passed a non-binding state referendum, in a landslide win, to add an amendment to the state’s constitution that would allow for legal sports betting. A year later, state legislators passed the Sports Wagering Act, opening up sports betting at the state’s licensed casino operators in Atlantic City and racetracks statewide.

New Jersey, represented by governor Chris Christi, lost the suit in federal district court and again on appeal at the Third Circuit Court of Appeals. New Jersey then appealed to the U.S. Supreme Court in 2016 and the court agreed to hear arguments in the case.

With oral arguments having been heard, a verdict is now imminent, and most Supreme Court observers as well as a host of casino industry professionals and state lawmakers across the land believe a decision in favor of New Jersey is likely. Lawyers seem to agree that there are three possible outcomes.

One, that the court will find PASPA unconstitutional. This would mean that not only New Jersey, but every state in the US would be free to legalize sports betting as they see fit (and some 18 US states are already in discussions at the state legislative level over how to do so).

The second option is that the Supreme Court could uphold PASPA but rule that the New Jersey statute does not violate the law, in effect handing a win to New Jersey. Court observers have speculated that this would create a certain degree of bureaucratic chaos because, while New Jersey will have won the right to allow legalized sports betting, it would have no legal right to regulate it.

The third option, and one that is considered highly unlikely by most observers, is that the court will uphold PASPA, effectively killing New Jersey’s bid to legalize sports betting and de facto ending the issue in the US for the time being.

The stakes couldn’t be higher

Sports betting is already a billion-dollar industry. Americans are said to have wagered some $10.4 billion dollars on the March Madness college basketball tournament this year alone, with over 90% of that being done illegally in office pools, bars and fraternal associations across the nation. The fact is Americans love to bet on sports. In fact, a recent poll conducted by UMass-Lowell and the Washington Post showed a solid majority, 55% of Americans, favored legalizing sports betting.

The major sports leagues, who had originally cried wolf to get PASPA passed, arguing that legalized sports betting would corrupt the most popular and profitable sports leagues in America, have now, ever so subtly turned tail in the face of an impending loss. The rhetoric has switched from the potentially corrosive influence of money in sports to calls of foul as the major sports leagues lobby state legislature after state legislature in their efforts to get a piece of the multibillion-dollar pie. They are now asking that they be paid an “integrity fee” of at least 1% of the total amount wagered so they can protect against match-fixing and cheating.

“Now, let’s be clear — that’s just a euphemism for a cut of the action,” Joe Asher, CEO of William Hill U.S., a sports book operator, told New York state lawmakers in January. “There will be plenty of financial benefits to the leagues.”

Legal sports betting advocates argue that such requests, while prima face appearing reasonable, after all what’s a mere 1%, would doom the burgeoning legal sports betting industry before it ever gets off the ground. Sports betting involves setting bettors off each other, with the bookies taking a fee for handling the bets.

At the end of the day, it’s a low margin operation that requires pretty substantial infrastructure. In Nevada, where sports betting remains legal, the state currently takes a 6.75% cut on top of the 0.25% the bookies pay to the federal government in tax. Proponents of legalized sports betting argue the leagues’ 1% demands would effectively kill their margins, pushing sports betting back into the shadows, where it has been thriving, illegally, for decades.

Sara Slane, senior vice president of public affairs at the American Gaming Association, told the Associated Press as reported by the Minneapolis Star Tribune that the proposed fee runs counter to the leagues’ and casinos’ shared goal of curtailing illegal gambling.

“If you are trying to stamp out the illegal market and drive more traffic to the legal, regulated market,” Slane said, “you’re not going to be able to accomplish that with this type of business model.”