Believe it or not, gambling has been a sport among civilizations since the Paleolithic period, aka before history itself was written or documented. It is thought, that one of the first-ever forms of gambling dates back to approximately 3000BC, in the historical region of Western Asia where games were played using six-sided dice. China adopted the use of playing cards in the 9th century, whereas the Persians were the first people to introduce As-Nas, (or Poker as we know it today!)

Approximately 2300BC (during the Xia dynasty) was when gambling became an active movement in ancient China. They were the first civilization to invent playing cards with numbers and symbols, (it was the Persians who created face-playing cards such as kings, queens and jokers) as well as the first to ‘shuffle’ money, which as you can probably guess – eventually lead to shuffling the cards themselves. The Chinese were also responsible for the creation of Keno and other famous Chinese playing games such as Wei-Qi, Mahjong, Yue Har Hai and Xuan He Pai (Dominos to us!).

Despite the fact nearly all forms of gambling are illegal today throughout mainland China, they still permit state-run lotteries and certain games within the region of Hong Kong and Macau, and overall it is the country most renowned for gambling throughout the whole of the Far East.

Even though gambling was an illegal act for many centuries here, people still partook in the first variations of checkers, heads or tails, animal fights, and other luck/chance based betting activities. When dice games were introduced to ancient Greece, they would play with either 3 or 4 dices which were shaken and then thrown out from a special cup. Dices were often mocked for being controlled by higher entities and were deemed as a simple way of making guesses which had no effect on the outcome of the actual game.

According to Greek mythology, gambling in ancient Greece is said to have begun at the dawn of time, when the gods Zeus, Hades, and Poseidon set out to split up parts of the universe. When the final bet took place and the results came through – Zeus won the skies, Poseidon won the seas, and Hades drew the short straw, ending up with the underworld.

Rome has always been a country notorious for its gambling history and culture, especially when it was reigned over by the famous Emperor Augustus, who is said to have had a heavy gambling addiction. Even though it was strictly prohibited during the times of the Roman Empire, every year there would be a festival held known as ‘Saturnalia’, (in honor of the God Saturn) which allowed both men and women of all classes to eat, drink and play games for a whole week.

The main highlight of this festival was the switching of roles between masters and slaves – allowing the formers to dine and place bets at the same table where the masters sat, often with the slaves being served by the masters themselves. The kind of games played during this annual celebration would often involve dice, where nuts and coins were used as stakes.

The Egyptians were also very keen gamblers, with the earliest forms dating back to the primitive era. Gaming rituals were basic and simple, generally involving throwing sticks and pebbles onto the ground. The results were determined by the outcome of the objects landing on the ground in an ‘odd’ or ‘even’ manner.

The game became more sophistically advanced over time, and incorporated more objects with additional patterns and further possible outcomes. In the centuries that followed, playing cards, dice, and early forms of board games were introduced such as “backgammon” and “senet”, and it was at the turn of the 15th century, where Europe brought the first form of lottery to Asia.

The earliest form of casino games

Blackjack – There is no concrete evidence to decipher whether it was the Romans who created Blackjack or whether it was the Spanish or French. However, what we do know is all 3 different nations played with very similar rules, and the overall objectives were the same in all 3. The Spanish dubbed it “One and Thirty” because the aim was to reach 31 with at least 3 cards. The French called it Vingt-et-Un (Twenty-One) and the Romans probably had their own term for it, but they played with wooden blocks inscribed with numerical values. Out of the 3 variants, it was ‘21’ which came to be the game adopted by many cultures, particularly in North America. These days it has evolved into a game you can find at practically any casino (online or offline), and you will also find multiple versions which incorperate slightly different dynamics these days too.

Baccarat – Another game with debatable origins, however; it is mainly thought to have derived in Italy as the term ‘baccarat’ actually means Zero in Italian. It is also said to have been invented by an Italian man called Felix Falguierein during the middle ages, who initially played the game using Tarot cards. In 1490 AD, the game became popular in France and it was there it became known as “Chemin de fer”. Eventually Europe adopted the game, and that’s when the ‘European Baccarat’ variant was created. Today the game comes in many different formats, with the most popular ones being American Baccarat, Online Baccarat and of course Mini Baccarat – a simplified version of the game played with lower table limits, created with the aim to enticing less wealthy players.

Poker – Poker is a game that many believe to be a straight derivative of the Persian game As-Nas, which dates back as far as the 17th century. Initially, the game was played using a pack of 25 cards with 5 different suits, which was played exactly the same as poker including stakes. The key difference was the fact there was no such thing as flushes or sequences for it back then.

Even though the French would probably have something to say about it – it was undeniably the US who really brought poker to life during the 19th century, and gave birth to video poker in the 21st century.

Slots – In 1891,2 inventors by the name of Sittman and Pitt from Brooklyn, New York, came up with the idea to develop a gambling machine. This machine was based on 5 drums, all of which held 50 cards and played the same way as poker. The player would insert a nickel, pull the lever, then the outcome of the cards would be determined after the drums stopped spinning. There wasn’t an awards system in place back then, so if you got a royal flush for example, you would collect your winnings from the bar which would either be free drinks or cigars, depending on what the establishment had in stock or were permitted to use as prizes.

Over the years, the beloved slot machine underwent many makeovers and adjustments by various different people. Today slots, (or “fruit machines”) are the most popular item in most casinos, and payouts for these can be in the millions – a very different contrast to the winnings back in the 1800s!

Roulette – broke through as a gambling fixation back in 18th century France. They first started calling it ‘little wheel’, and it is thought to have been initially invented by a man named Blaise Pascal, who at the time was trying to develop a perpetual-motion machine. Unfortunately his efforts lead to the failure of this original project, but in its place the roulette wheel was born and it quickly became popular amongst the gamblers and players of France.

As the years moved on, word of this “little wheel of fortune” spread, and soon other countries such as Germany began adapting the game to slightly different styles, such as removing the double zero pocket. Once it had taken off in Europe, the US eventually got wind of roulette, and thus by the 19th century, the game had developed into other variants of the French original; that’s why you’ll often find European, French and American roulette versions in many online and offline casinos today!

The act of betting on sports goes back as far as 2,000 years ago. It was this form of gambling which inspired the Greeks to introduce the Olympics to the rest of the world, and also how the Roman’s would bet on Gladiator tournaments. Horse racing bets became popular in England around 200 AD, another sporting activity which soon spread and became a favorite among gamblers of central Europe and America.

The first ever casino

Nobody truly knows the origins of where or when the first gambling establishment took place. Although there were many ‘gaming’ dens and halls, there was no such thing as a ‘casino’ back in ancient times, and even gambling itself was a grey area that had very few set rules or regulations.

It is believed by many, that the first official building for a legal mercantile casino was erected in Venice, Italy during the 16th century. They made this decision based on the frequency and problems arising from these pop-up style gambling places, and authorities realized they wouldn’t be able to prevent citizens from wagering on dice or card games. That’s why in 1638, the local council set out to create a safe and non-problematic space for people to play betting games whilst carnival season was in full swing.

This establishment was known as the ‘Ridotto’, which in Italian is translated as “private room” or “closed off”. It was a building open to the general public, but due to its strict dress code, high stakes and great decadence – only a minority of nobles were accepted and welcomed in to play. The most popular game in the casino was called Basetta; a cross between Blackjack, Gin & Rummy as well as Poker, which offered 60 times the payout at the time.

In 1774, the Riditto was closed after the Venetian reformer ‘Giorgio Pisani’ put forward a proposal that would “preserve the piety, invoke sound discipline and moderate behavior”. This motion was favored by the masses, and the same year the casino was closed down for good.

#1 – You can make a dice out of anything

Since the dawn of time, ancient civilizations would carve and shape items into dice from various natural materials such as wood, rocks, and bone. Archaeologists even discovered animal hooves which had been engraved into dice in the past, believed to be used in old fortune-telling and divination techniques. The term originates from the Greek word ‘dike’ which means ‘to throw’.

#2 – Britain’s most famous king was a heavy gambler

King Henry VIII was known for having a reputation as one of the worst and most unsuccessful gamblers ever, when he had reign over England from the year 1509. He would spend hours wagering on games such as Bragg or Dice, and more often than lot, he would bet priceless, invaluable items such as the treasured Jesus Bells of old St. Paul’s church on one roll of dice game. When questioned over his actions, the King disregarded all negative publicity that arose from the incident, finally claiming the bells were ‘worthless‘. Needless to say, citizens across the country were not happy!

Ok so the possession part may not be a fact, but the numbers on a roulette wheel adding up to 666 IS definitely a fact. The French inventor and mathematician ‘Blaise Pascal’ created the wheel in 1796 when he was experimenting with probable theories, and attempting to create the first ever perpetual motion machine. While he was working out the practicalities and numbers needed for the wheel to function properly (aka 0-36), his findings meant the numbers just so happened to total up to the ‘number of the beast’. 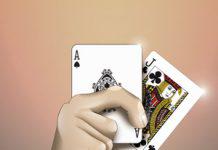 How To Play Spanish 21: Game Rules, Tips, Strategies, And More!